The Ross Brothers Story began when the company founders, Derek and Jason needed to build out a 14,000 SF office space in Fort Lauderdale. They were taken by surprise when, like so many others in South Florida have discovered; finding a reliable, honest contractor is not easy. In fact; in many cases it’s quite near impossible! They quickly realized that the building and remodeling industry was broken.

This experience gave birth to the idea that a golden opportunity existed for a building and remodeling company that could provide exceptional craftsmanship and world class customer service. The partners new that it would have to be a company built on a commitment to excellence, honesty and transparency; where every detail mattered. In 2014 the vision became a reality and Ross Brothers was born.

Derek and Jason formed a team with Carlos who is currently the CFO and on the construction side, Bill Stecker who has been a licensed General Contractor in Florida since 1987. Corporate offices were built at the world famous Design Center of the Americas in Dania Beach. Through a relentless dedication to their founding principles, Ross Brothers has grown to become one of the largest and most well respected building and remodeling companies in the South Florida Region. With specialized division’s for residential, commercial, insurance and restoration, and solar; Ross Brothers is ranked in the top 1% of over 190,000 licensed contractors in the State of Florida by BuildZoom. The company is A+ rated with the Better Business Bureau and has a 4.8 out of 5 star online review score.

Your kitchen is one of the most important rooms in your home and it is an investment that will bring you many years of joy and happiness. This is where memories will be made with your family and friends.

From the very first phone call clients quickly realize that Ross Brothers is a different kind of company. Our most important goal is to turn clients’ dreams into their reality and make the entire process fund and enjoyable. Everything begins when one of our remodeling experts meets with a prospective client at their home. On this appointment we gain a complete understanding of what the client wants to achieve. We ask lots of questions and get to know the clients likes and dislikes.

Next; depending on the scope of the project we produce renderings or complete architectural drawings if they are required. When the client has approved the drawings or renderings, a detailed estimate is provided prior to beginning any work. Every client has a dedicated project manager that is available throughout the project. Once an agreement is signed the permitting phase begins and applications for all required permits are submitted. Ross Brothers handles all of the procedures 100% and we hold the clients hand for the duration of the project. 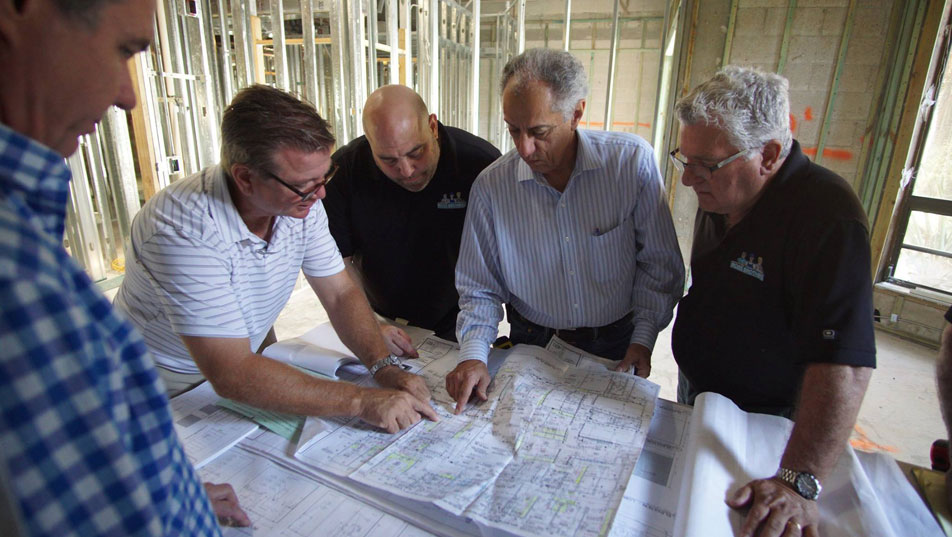 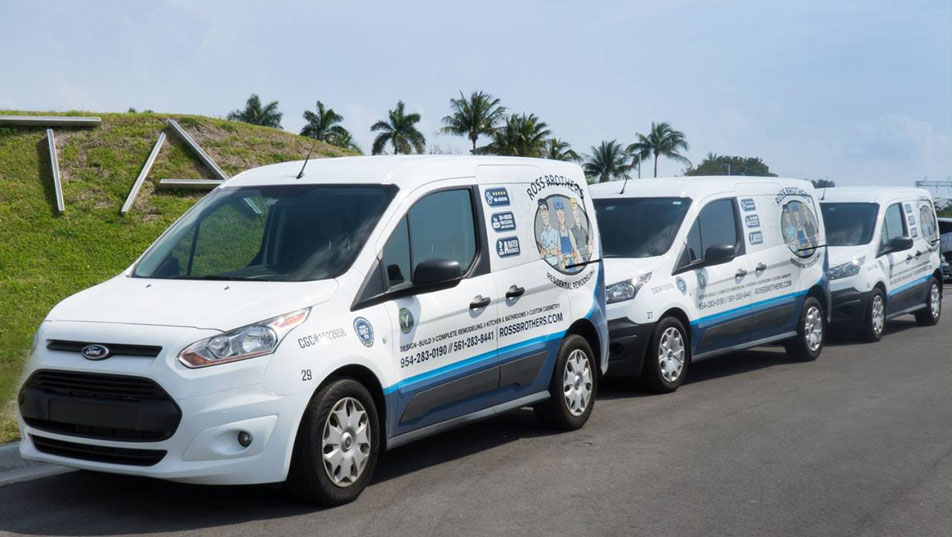 FROM CONCEPT TO DESIGN & LAYOUT

The remodeling work begins as soon as the permits are issued and that is when the excitement begins! Our exceptional team of licensed and insured craftsmen arrives and preps the property for construction. All furniture and personal property is either covered and protected or moved out of harm’s way. Our “no mess” guarantee ensures that your home is clean at the end of every work day. At Ross Brothers, every detail matters and no detail is too small!

As construction continues, clients are able to follow their jobs progress online through the Ross Brothers online portal. Every project is updated on a daily basis with pictures and contractor notes. Clients have direct access to the entire job diary which provides an unprecedented level of transparency.

Once the job is complete, the property is treated to a thorough professional cleaning and a written one year warranty on all work completed becomes effective. When it comes to remodeling, Ross Brothers breaks the mold. We get the job done right the first time and we make remodeling an enjoyable experience.

The Ross Brothers Restoration Management team has well over 100 years of combined construction industry experience. We are here to assist you and ensure that your home restoration project is executed flawlessly. It’s our chief goal to get you back in your home so that you can resume your normal life as quickly as possible.

In an industry famous for poor quality and unreliability, Ross Brothers rises to the top by executing a set of principles and core values that are focused on building long term client relationships. We believe you deserve the very best.